Ruby Skin: Everything you Need to Know 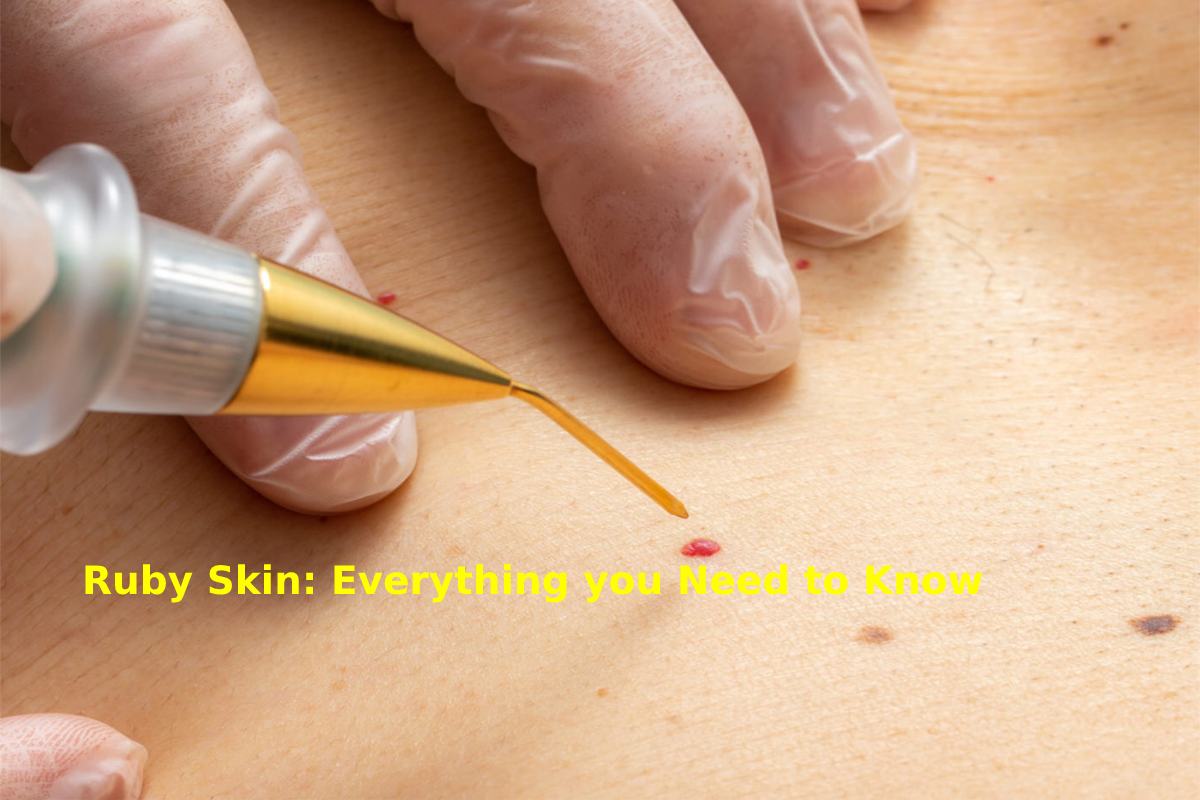 Ruby skin, also called ruby ​​or senile angioma or ruby ​​nevus, are small dot-shaped red moles that appear on the skin during adult life and can increase in size and number with age. It is pretty standard and does not represent a health risk, however, if there is bleeding, a dermatologist should be consulte for a more precise diagnosis.

Senile angioma is a type of skin angioma that usually appears in inconspicuous areas, such as the scalp and back, and can also be present on the trunk and face, but less frequently. It is the leading skin disease in the elderly and does not generate symptoms. 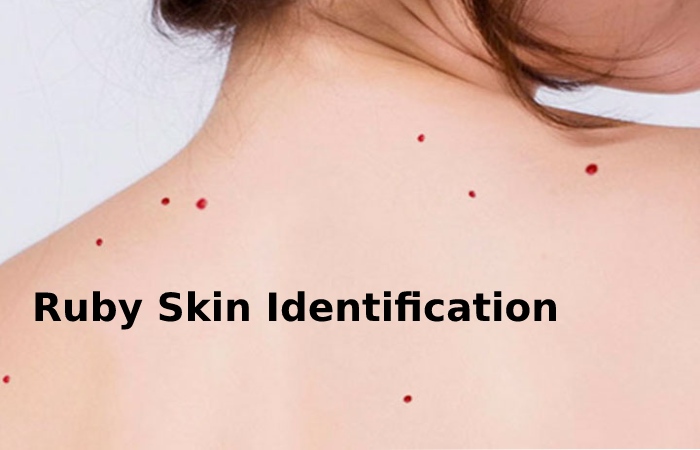 It is effortless to identify the ruby ​​points or red points, and they must be differentia from some types of moles, other types of angiomas, or petechiae. Still, a clinical examination is generally sufficient, and the dermatologist rarely needs to perform a unique technique to diagnose them.

Being related to skin aging, ruby ​​points usually begin to appear after 40-50 years, as we have already anticipated. However, people with a high hereditary component can come out earlier, between 20 and 30 years old, to increase more and more over time.

Generally, they cause the most aesthetic discomfort, and the patient does not like to see or have them. Of course, although, as a general rule, they are benign, if they itch, bleed or grow, it is convenient to rule out any malignancy by the dermatologist.

Ruby spots initially appear as small, flat, red spots, which can increase in size due to aging, reach 5 mm, and have a bright red color. These spots do not disappear; they can only be removed with some treatment and evolve slowly.

Usually, there are no symptoms, and however, in cases where there was trauma to the region of the angioma, there may be bleeding. In this way, it is vital to go to the dermatologist so that an analysis of the skin’s ruby points is carrying out again.

The cause of the appearance of senile angioma is not yet known. However, among the factors that could be related to its development are skin aging, prolonged exposure to the sun and chemical compounds, and pressure. Likewise, people with diabetes are more likely to have ruby ​​points and greater quantity.

How are Red Dots Treated?

It is not a lesion that needs to be treat; however, it is recommend to destroy or remove it when there are doubts about the diagnosis, if it bleeds frequently or if the patient is uncomfortable with its aesthetic appearance.

There are several treatments available to remove Rubi spots or suppress red spots. The main ones are:

not recommended except if there is suspicion of a malignant tumor.

Removal of the ruby ​​point through heat. The electrosurgical unit heats a fine metallic tip on contact with the skin, and the ruby ​​point burns until it disappears. The results depend on the instruments used and the doctor’s skill. Sometimes, it can leave a scar, especially in areas such as the neckline. This technique is recommend in large and very bulky lesions or those in which analysis is required.

Ablative lasers such as erbium or CO2 can be use, but the most recommended in terms of cosmetic results. And which patients usually prefer are pulsed light devices (intense pulsed light. IPL, or pulsed dye light) since, by acting directly on the blood vessel and not damage the superficial layer. Improve the aesthetic result. This technique is especially suitable for multiple small ruby ​​dots or in delicate areas such as the face and neckline.

What is the Best Method That Excises or Removes Ruby’s ​​Skin?

The best method for removing ruby ​​points is vascular lasers, in the opinion of most experts. Such as the PDL or the KTP, which also allow many to be released in the same session. Guaranteeing that there are no marks or scars associated with the treatment and that they do not come out again.

They can also be treat by electrocoagulation. Both are quick and easy methods, natural methods to remove ruby ​​points, with which the patient is immediately incorporated into their daily routine, eliminating ruby ​​points forever.

Why do they Go Out?

As we have indicated, they can be considered a typical manifestation of agingcutaneous. People over 60 typically have 50 to 100 ruby ​​points on their trunks. Hormonal factors are also known to influence its appearance, but no specific cause is defined.

It is clear that they do not come from any infection, nor are they contagious. That is, these are manifestations that arise in healthy skin.

Completely removed lesions or ruby ​​points do not reappear. However, treatment does not prevent the appearance of new ruby ​​points if the affected person is predisposed to developing them.

What Can I do?” Protocol For Red Moles on the Skin

Although, as we have said, in most significant cases, ruby ​​dots on the skin are benign lesions and do not need treatment. A professional diagnosis is always recommend so that they can assess the patient’s situation. In addition, it is essential to pay attention to their changes, for example, if they cause discomforts such as itching, pain, or bleeding. On these occasions, an evaluation by a dermatology specialist will be essential to rule out other underlying problems.

How to remove ruby ​​dots from the skin? As always, medicine and cosmetic Surgery put at disposal a series of techniques to get rid of these marks. They range from cryotherapy to laser and let’s see them one by one.

Home treatment for senile angioma can remain done with castor oil or green apple juice. Castor oil is used to moisturize the skin and should remain helpful to the red spot once a day for seven days. The green apple has antioxidant belongings, being able to slow down. The aging of the skin and, in this way, prevent the progress of ruby ​​​​points. Green apple juice should be apply to the angioma at least three times a day for three weeks.

To prevent ruby ​​​​points from appearing on the skin, it is vital to use sunscreen, avoid prolonged exposure to the sun, eat a healthy diet and take cold baths to improve circulation.

Ruby points measure between 1 to 4 mm. They usually appear mainly on the trunk and extremities, although they can also occur on the face. The occur in adults more frequently after age 50, although it is also possible to see them in younger people. They do not itch or reason any symptoms.

What is Blanching Skin?

Loose Skin Vs Fat? Learn to Differentiate and Treat Them

What are the Properties Of Red Color?

How to Choose the Right Shower Gel for Your Skin